Ivan Sytin: A Russian better known in Chinese than in English 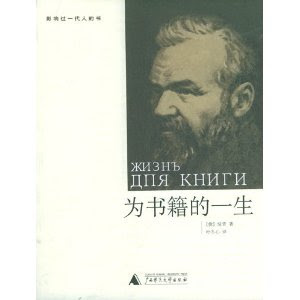 "Sytin's memoir, a tale of Great Russian society voiced by a parvenu, depicts a pre-Revolutionary Russia of small shops, churches, convents, deep religious faith, and flawed rulers. While the Revolution eventually deprived Sytin of all means to continuing publishing, his resilience and enterprise remain a lasting legacy."

It appears that Sytin's memoirs has not been translated into English (a English translation is due for publication in June 2012), and is little known in English.

A reliable indicator of Sytin's obscurity among the Anglophones is the absence of an English Wikipedia article on him.


Sytin is therefore a rare instance of a notable Western figure whom I would not have known about were I not literate in Chinese. 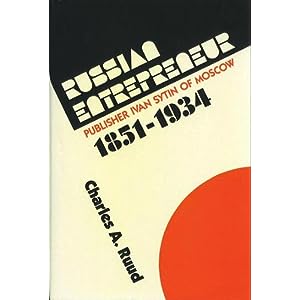 Ivan Dmitrievich Sytin, had literate but poor peasant parents and only two years of schooling in his native village of Gnezdnikovo, Kostroma Province. Venturing first to the Nizhny Novgorod Fair at fourteen as helper to a fur-trading uncle, he apprenticed at fifteen to a Moscow printer-merchant who helped him start a business in 1876, the year of his marriage to a cook's daughter who would be vital to his success.

Like his mentor, Sytin issued calendars, posters, and tales that itinerant peddlers sold to peasants throughout the countryside. When in 1884 Leo Tolstoy needed a publisher for his simple books (the Mediator series) meant to edify the same readership, his choice of Sytin raised this unknown to respected status among intellectuals. Sytin then began to publish for well-educated readers and branched into schoolbooks, children's books, and encyclopedias by investing in the new mass-production German presses that cut per-unit costs. His rise as an entrepreneur who exploited the latest technology led contemporaries to tag him "American" in method.

Sytin claimed that he became a newspaper publisher in 1894 at Anton Chekhov's urging, and he hired able editors and journalists who made his Russian Word the most-read liberal daily in Russia. Lessening censorship and rapid industrialization in the last decades of the tsarist regime helped Sytin add to his publishing ventures and kept him a millionaire through the economic disruption of World War I. After the 1917 Revolution, Sytin received assurances from Vladimir Lenin that he could publish for the Bolshevik regime, only to be cast off as a capitalist after Lenin died in 1924. The final decade of his life was marked by gloom, austerity, and obscurity, offset only by his church attendance and his writing of memoirs (published in the USSR in 1960 in a shortened edition). His downtown Moscow apartment is today an exhibition center in his honor.

Ivan Sytin was called a person of rare gifts. He came from a peasant family, and his only legacy was his father's blessing. At the age of 14 he came to Moscow to make a success of his life. Sytin began with joining the book shop of merchant Sharapov. “I was tall and sturdy. I could do any kind of work,” said Sytin later. “My duties were to clean my boss's shoes, lay the table for shop-assistants, bring food for them; in the morning I had to bring water and firewood to the house, buy provisions at the market. I did everything honestly, neatly and on time”.

Soon the boss came to appreciate the efforts of the bright and zealous teenager, and appointed him his own valet. He fostered the love for reading in him. At first Sytin read religious books, then the boss began to give him rare editions. For Sharapov book trade was an accidental undertaking, and so he knew little about it, relying mostly on his assistants.

As a result of ten years of assiduous work Sytin acquired extensive experience and earned some money. With the help of his master he opened a small lithographic business, which paved the way for an enormous book and magazine publishing enterprise. When he worked at Sharapov's shop he listened to tradesmen's stories and came to the conclusion that ordinary people needed good books whose value was accessible to them. That is why he began his undertaking with printing books by the famous Russian novelists Anton Chekhov, Leo Tolstoy, Alexander Pushkin and others. Inexpensive and well published, his books were in great demand. In addition Sytin began to print the “Popular Calendar”, a kind of handy encyclopedia that found its way to virtually every Russian family. By printing inexpensive but necessary edition he defeated his competitors and soon became the boss of Russia's book publication. For Sytin commerce was a means, not a goal. However, as an entrepreneur he had to abide by the laws of the book market with its free prices and competition. To compensate for the publication of inexpensive books Sytin printed costly editions, such as encyclopedias in luxury book covers meant for well-to-do people.

The success of Sytin's enterprise was based not only on his business grasp and willingness to take the risks, but also on his use of advanced printing equipment and ability to organize an excellent system of marketing.

His dream was to build near Moscow a publishing town equipped with the latest machinery, with excellent houses for the workers, with schools, hospitals and theaters, all in the name of books.

However that dream was not to come true. After the 1917 Bolshevik Revolution his publishing house was nationalized and Sytin lost his business. His attempts to engage in publishing books under the Soviet government ended in failure. The last years of his life he in poverty and obscurity. Sytin died in 1934. However history has preserved the memory of the man who did so much to promote enlightenment in Russia.
Posted by Helluo Librorum at 1/03/2012 06:00:00 AM